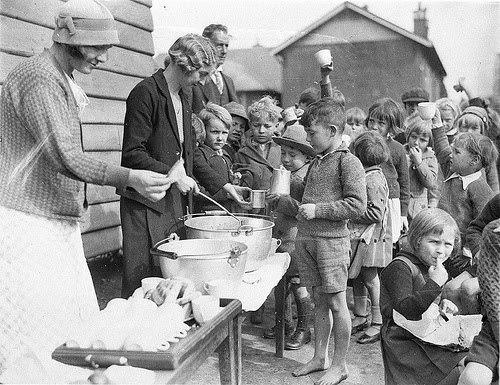 Let’s not kid ourselves.  Austerity sucks.

Austerity is simply not great fun.

But sometimes, it is necessary.

According to the dictionary, austerity means sternness or severity of manner or attitude or extreme plainness and simplicity of style or appearance.

Wikipedia says this about austerity: “In economics, austerity is a policy of deficit-cutting, lower spending, and a reduction in the amount of benefits and public services provided. Austerity policies are often used by governments to reduce their deficit spending while sometimes coupled with increases in taxes to pay back creditors to reduce debt. "Austerity" was named the word of the year by Merriam-Webster in 2010.”

Austerity is not good politics.  Just ask Paul Krugman, who has been violently editorializing against the austerity policies of Angela Merkel and David Cameron for months (if not years).

And that memory remains seared in the memories of many German bankers, who can think only of the financial troubles of the Weimar Republic which led to the rise of Adolph Hitler and the Third Reich.

The French and the Greeks, of course, don’t share the German love of fiscal austerity.   And they are sick and tired of being bossed around by a bunch of Prussians in Frankfurt and Berlin.  And that has led to some terrible strains within the European Union, strains that will inevitably lead to its collapse.

Some American politicians talk a good game of fiscal austerity, but they don’t really mean it.  They understand the politics.  Democrats are not going to cut spending.  Republicans are not going to raise taxes.

The good news for the U.S. is that we now have gridlock, which means that spending will not increase too much and neither will taxes.  We won’t have austerity, but we won’t have complete fiscal irresponsibility either.  We will largely have the status quo, which hopefully will help us limp along to a recovery somewhere down the line.

Make no mistake.  Austerity sucks.  It may be necessary on occasion, but austerity is a real buzz kill.