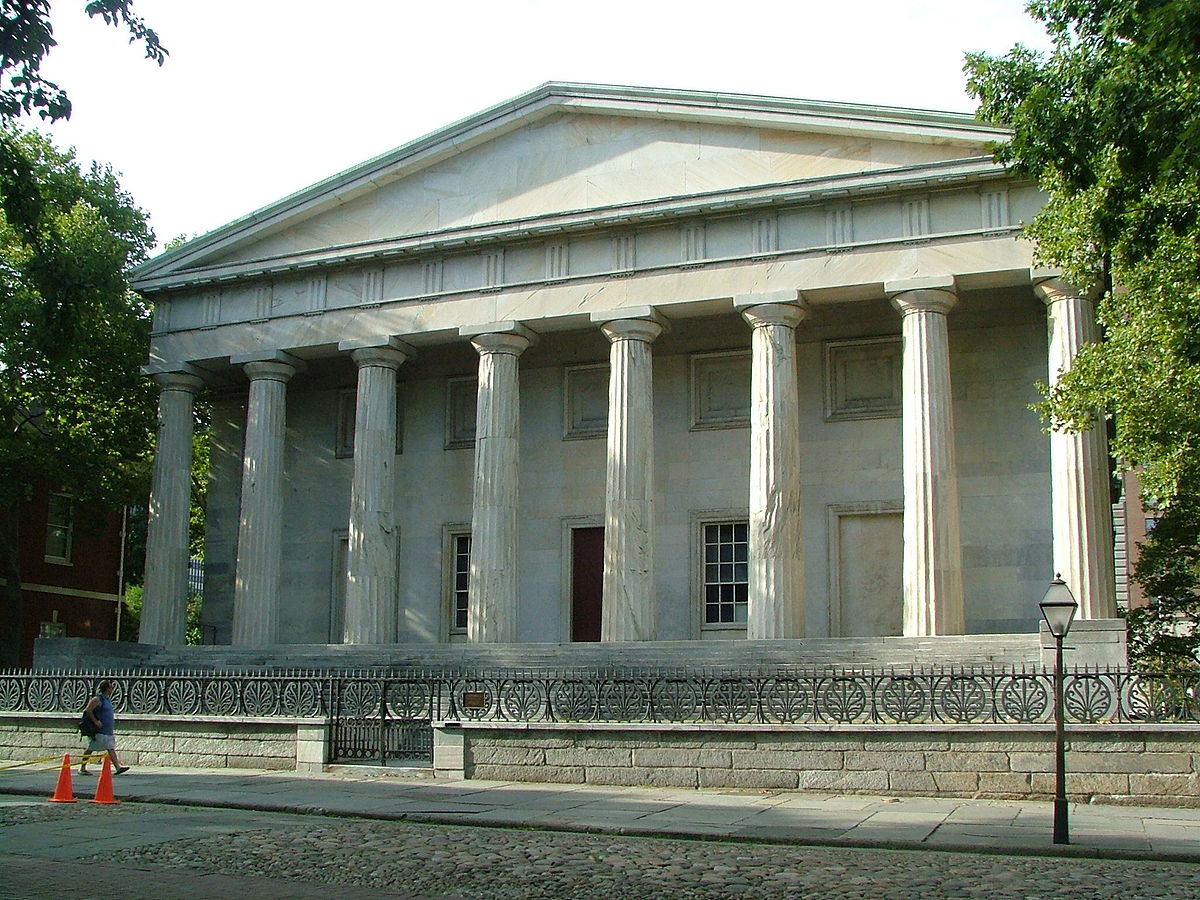 Fred Hochberg might want to read up on experiences of Nicholas Biddle.

Biddle was the President of the Second National Bank, and at the urging of Henry Clay, he moved to have Congress reauthorize the National Bank’s charter four years early.

Unfortunately for Mr. Biddle, Clay’s rival was Andrew Jackson and Andrew Jackson was a mean old cuss who hated Henry Clay and hated the very idea of the Second National Bank.

Just about everybody told old Andy Jackson that shutting down the bank was going to be a bad idea, but he was blinded by hatred of Eastern-moneyed elites, big businessmen and crony capitalists who cared more about industry than they did about the traditional agrarian economy.

Jackson had a hard time finding somebody who would carry out his orders to withdrawal all of the Federal governments money out of the Second National Bank and by taking that action, closing it down.

He finally got Roger Taney, the Attorney General, to do his dirty work for him.  Taney, you might remember, is famous in history to writing the majority opinion in the worst decision every made by a Supreme Court Justice, Dred Scott vs. Standford, which found that black Americans could not be citizens of the United States because they were inferior human beings.

After successfully closing down the Second National Bank, Jackson successfully paid off every last dime of federal government debt, the only time in American history that milestone has been achieved.  Shortly after paying off the federal debt, America went into a deep depression.  Financial panics and currency speculation became a recurring theme in American history for the next 75 years, up until the Congress established the Federal Reserve System during the Wilson Administration.

The attack on the Export-Import Bank reminds me somewhat of Andy Jackson’s dismantling of the Second National Bank.

Like the Second National Bank, the attack on the Export Import Bank has taken supporters by surprise.   Biddle and Clay thought that by pushing for an early reauthorization, they could embarrass Jackson and push him into an uncomfortable political position.  Instead Jackson destroyed the bank.

While supporters of the Ex-Im bank knew they had a problem with Jeb Hensarling, they assumed that they would be bailed out by House Majority Leader Eric Cantor.  But Cantor lost in a primary and now supporters are left scrambling to see if they can stave off its demise.

Business interests collided in the battle over the Second National Bank.  Agrarian interests and regional, state-based banks, believed that a centralized bank was inimical to their interests and they had petitioned hard for its dismantlement.

While most big business groups want the Ex-Im bank to stick around, some companies are on the other side.  Delta, for example, loudly complained that Ex-Im bank was helping its international competitors buy Boeing planes at a cheaper price than was fair, and a domestic company similarly complained that Ex-Im’s loans to an Australian mining company (which help Caterpillar sells mining equipment), hurt their competitive interests.

Like Andy Jackson, Jeb Hensarling, the Chairman of the House Financial Services Committee, is a big personality, and he is becoming a quite the Jacksonian populist, taking on the big business interests and the Wall Street banks.

It became clear after the demise of the Second National Bank, that the American economy would need a strong, centralized Federal bank, but the political will to make that happen wouldn’t gel for eight decades.

I don’t buy this meme that what’s good for Big Business is bad for small business.  Most small businesses survive thanks to the economy activity generated by big corporations.  Nor do I buy that America’s export capacity will be unaffected by the demise of the the Ex-Im bank.  It doesn’t generate a huge percentage America’s exports but it generates enough to maintain significant economic momentum, which is critical for international commerce.

I do agree that Ex-Im bank needs to be significantly reformed and that the corruption, the bad decisions and the mission creep of this federally-chartered financial institution has hurt efforts to reauthorize it.

But those who say that this should be a function solely of the private sector having been playing close enough attention to what it actually does nor what the private sector wants it to do.    The fact is that most big banks don’t want to get in Ex-Im Banks business and that they are pretty content with the status quo.

And to the theory that ending the Ex-Im bank will somehow help the Federal government pay back its debts, let me say that’s all hokum.  Ex-Im bank doesn’t cost the Federal Treasury much money, and in some year’s, it actually makes money for taxpayers rather than take money from the taxpayers.

Andy Jackson would be proud of Jeb Hensarling.  I am not sure if that’s a good thing or a bad thing.