A Strange Election in Alabama for United States Senate 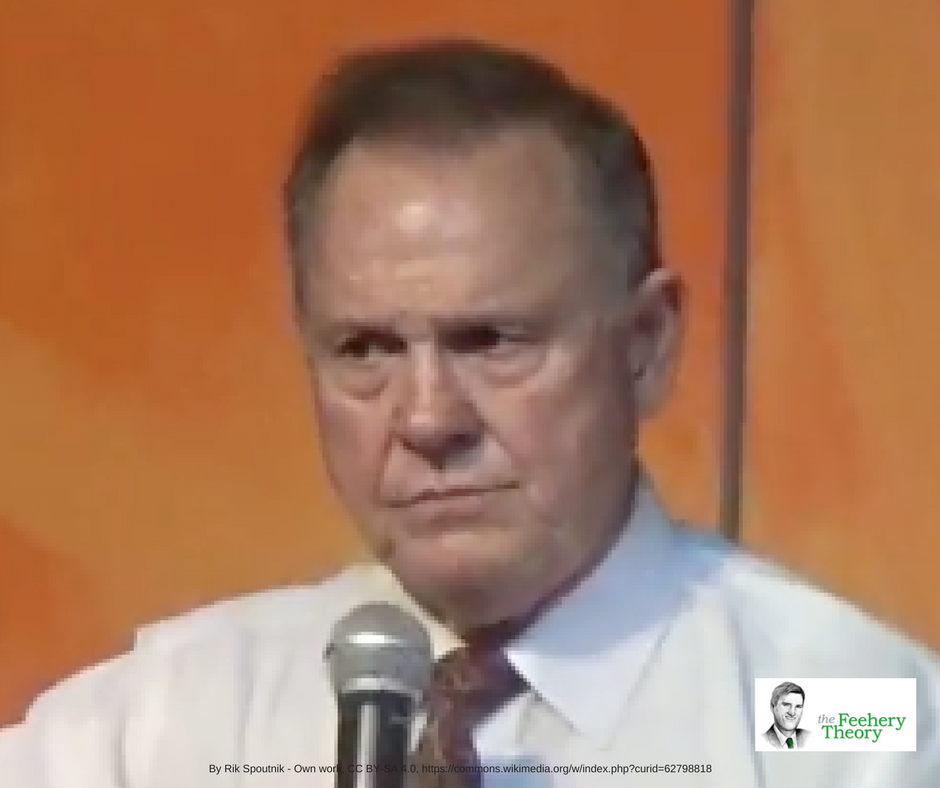 Roy Moore may play well in Alabama these days, but he hasn’t played that well in the past.  He lost his last two races for Governor by overwhelming numbers.

Moore is a biblical conservative.  He thinks God and the law should punish homosexuality, he attempted to nullify Federal law when he was a state judge, and he is most famous for posting the 10 Commandments in his court room against the demands of his superiors.

Moore has a flair for the dramatic, as evidenced by the fact that he brandished a gun at a rally in the closing moments of the campaign.

The Washington Post ran an analysis yesterday that concluded that political campaigns basically wasted time and money by running so many television advertisements.

That was news to Super PACs associated with the Republican establishment, which ran up to 8 million dollars in ads hitting Moore really hard, but apparently not hard enough.

It was a strange election.

Trump made a bit of news during a campaign rally last Friday when he decided to attack professional football players who refuse to stand for the National Anthem.

That was red meat for a conservative crowd.  The President did this as a way to win support for his pick, but I think it inspired Trump supporters who also like Roy Moore to come out to vote.

I wouldn’t be surprised if the President’s distraction actually helped Moore more than it helped Strange.

All politics is local and I still maintain that this primary fight was less about Mitch McConnell and more about the unpopular incumbent Governor who got caught up in an embarrassing sex scandal.

The reason that is relevant is because Senator Strange was appointed to the Senate by that unpopular governor, and that some folks believed that the Governor, Robert Bentley, appointed Strange to the seat to stop an investigation into the sex scandal.

The forces aligned with Mitch McConnell, who spent 8 million dollars against Roy Moore in a primary, might have spend the money better in mobilizing voters to pressure John McCain, Lisa Murkowski and Susan Collins to vote with Republicans to repeal and replace Obamacare.

Luther Strange would have been in a far better position to defend himself had Republicans united to pass health care.

Base voters look at the Senate and see a gang that can’t shoot straight.  And what they do, as a result, is vote for any guy that they think will further disrupt the status quo.

Republican Senators who worry that this race might be a sign of things to come shouldn’t panic.  Instead, they should resolve to work harder to get things done, especially on the tax cut front.

And those who conspired to kill the Obamacare repeal should look in the mirror and ask the question:  Did my intransigence make it easier for Roy Moore to win a seat to the Senate?