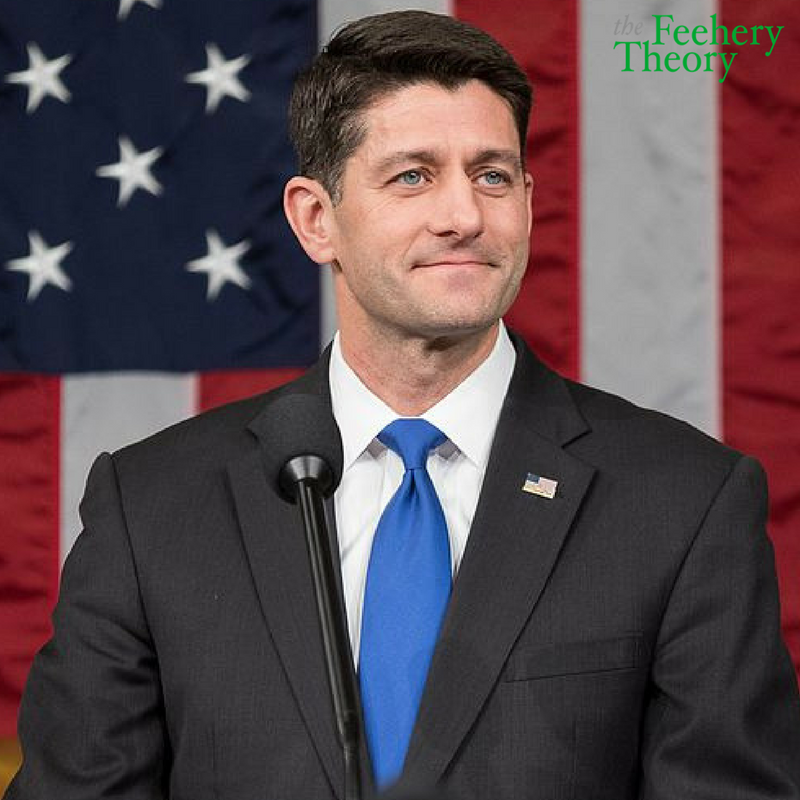 Paul Ryan is a Boy Scout.

He is probably one of the most sincere politicians I have ever met.

He has his ideas and ideals and he likes to stick to them.

He loves his wife and his children and his work-out routine.

His wife, Janna, is a formidable force in her own right.  She knows politics, she knows Washington, she knows the players and the game.

She is not the force behind the throne nor the hidden brains of the operation.  There is nothing hidden about her power or her intellect.

I think Paul Ryan’s retirement is the best present he could give to his wife, better than diamonds or gold.

I have never met Paul’s kids, but I can only imagine how their lives have been complicated by his political rise.

Being a son or a daughter is tough for any politician these days.  Politicians sit in the center of the cyber-bullying storm.

Some families can weather that storm better than others.  Some have defense mechanisms built over years.  I think of Sarah Huckabee and her kids.   She knows the drill because she lived it for her father.

But for Paul Ryan and his children the current noxious political atmosphere must be a bit too much.

Paul lives his life like a Boy Scout.  He is an idealist.   He’s a nice guy, a classy guy, a sincere guy.

Can you imagine how that reality squares with what critics on the left and the right say about him and what impact that has on his kids?

Tom Rooney, another recently retired Republican member, is like Ryan in the sense that he is a good guy who got fed up by the bad political atmosphere.

Both retirements are a tragedy in the sense that the body politic suffers when good people decide to quit.

But I don’t hold that against the members who decide to quit.

I wouldn’t run in this atmosphere.

I still can’t square the fact that Paul, for most of his time in Washington including his time as Speaker, slept in his office.

Something is terribly wrong with our political system if we treat our politicians so poorly that they are forced to sleep on their office couch because they can’t afford to make ends meet.

Paul’s kids are getting ready for the college application process.  Can you imagine how much easier that conversation will be now that he is leaving public service?

It goes from “I don’t know junior, not sure we can afford that” to “ok, good choice, let’s make it happen.”

If you don’t think those are conversations that real people are having, you aren’t paying attention.

Politicians are people too by the way.  And that includes Paul Ryan.

I’ve known Paul since he was a staffer to Sam Brownback.  It’s funny how things work out.  Some of your colleagues, from the days when you are first getting started in politics, become prominent politicians in their own right.  Others drop out of politics and eventually sell real estate.

What separates those who run and win for office from those who decide not to run at all is not necessarily talent or virtue or drive.  It’s a combination of luck, resources and most importantly a network back home.

Paul Ryan had a network.  He also had charisma, some resources and enough confidence in himself to throw his hat in the ring and make a go as a member of Congress.

And for close to 20 years, he has served his constituents, rising to the top of the game.

Paul also wasn’t really the kind of guy who cultivated K Street.  He wasn’t somebody who went to the Gucci Gulch to schmooze the lobbying community.

Sure, he was successful at raising money for the party, but he wasn’t a transactional politician.  He had his ideas and his ideals and he was much more comfortable when he stayed faithful to them.

I assume the next Speaker will be Kevin McCarthy, who strikes me as a good deal less ideological and perhaps a bit more pragmatic than Ryan. I think he will be strong in places where Ryan was weak and weak in places where Paul is strong.

Kevin is especially strong when it comes to our current President.  Ryan’s relationship with Mr. Trump has improved lately, but it has had its ups and downs.   Kevin is good with Trump and that will help.

It’s hard to stick by your ideals when you are the Speaker of the House, because it turns out, there are a lot of people who have a lot of ideas out there.  And the job of the Speaker is to take those ideas and make them one big idea that can get enough support from a majority of the members.

It strikes me that Kevin, working with Steve Scalise, would be a pretty effective team in listening to the Members and coming up with a coherent strategy that helps the President achieve his agenda.

Paul Ryan’s departure was not unexpected and it will not prove fatal to the Republican majority in November.  What will prove fatal is political inertia that collapses into recrimination, backbiting and ultimately bitter division.

So, if the current Speaker decides he wants to stay in his job for the rest of the year, the best thing he can do is listen to the members, plot a course with them and the President to get back on offense, and then stay on offense until the first Tuesday in November.

Paul Ryan should be saluted for his public service.  He did yeoman’s work under difficult circumstances, and he did it with a smile on his face.  And as he leaves Congress, that smile will only get bigger.